Nine Elms Bridge is a proposed foot crossing linking St George’s Square in Pimlico with Nine Elms. It would land on the right bank at a point near the new US Embassy.

During the last General Election Labour candidates on both sides of the river strongly opposed the bridge. Marsha de Cordova unexpectedly won Battersea whilst Ibrahim Dogus turned Westminster into a marginal seat.

As with the Garden Bridge there are fears that views and the sweep of open water will be compromised.

The Pimlico consultations are on Friday 30 June 2.30-6.30pm at St Saviour’s Church Hall in St George’s Square SW1 (about 350 yards from the site) and Saturday 1 July 10am-3pm at Pimlico Academy, Lupus Street SW1 (about a quarter of a mile from the site).

The Nine Elms consultations are a week later on Friday 7 July 2-7pm and Saturday 8 July 10am-3pm in Park Court Clubroom on the Doddington Estate off Battersea Park Road SW11 4LD (about a mile from the site).

The first Waterloo Bridge was opened 200 years ago on Wednesday 18 June by the Prince Regent.

The Georgian granite bridge was to have been called the Strand Bridge but after the Battle of Waterloo victory in 1815 it had to be Waterloo Bridge. The opening, in the presence of the Duke of Wellington, was on the second anniversary of the battle..

The Times reported that “the guards wore their new pantaloons”.

The bridge’s 200th anniversary has been marked on the day by the dedication of a bench in the churchyard of St John’s Waterloo.

The seat echoes the present crossing by Giles Gilbert Scott and has been designed by MSMR Architects, based in Waterloo’s Exton Street overlooking the churchyard.

It is their contribution to the bridge bicentenary and London Festival of Architecture 2017.

The long bench was dedicated on Sunday morning 18 June by the vicar of St John’s, Canon Giles Goddard, with the sprinkling of holy water before the start of the Flower Festival Sung Eucharist.

The singing of the first hymn Praise to the Lord, the almighty, the King of creation started outside with the congregation around the bench. 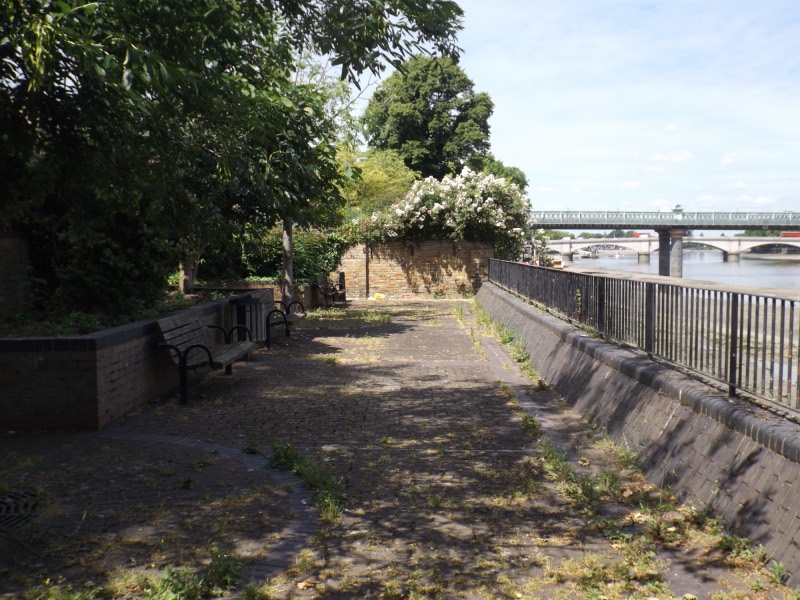 An attempt is being made to close the Thames riverside path at the Putney end of Wandsworth Park.

Residents with gardens abutting the path are seeking to obtain a long lease to prevent the public using the walkway.

The path is not part of the Thames Path since the west end runs up against a brick wall.

The Thames Path follows parallel Deodar Road whose late Victorian and Edwardian houses have gardens running down to the river.

The path under consideration was created about forty years ago before a large isolated 1850s stuccoed house was converted into flats and its grounds developed.

It is the occupants of this villa and a more recent small house who, according to the planning application, wish their gardens to “extend into the riverside walk”.

The granting of land already part of the riverside public realm for exclusive use would be unprecedented.

All London boroughs have followed the capital-wide policy, dating from GLC days, of always securing a riverside path when possible.

Until now Wandsworth Council has championed the opening of riverside paths even where there is not yet any exit at the other end.

The Friends of Wandsworth Park was until recently unaware of the proposal which would set a planning precedent. 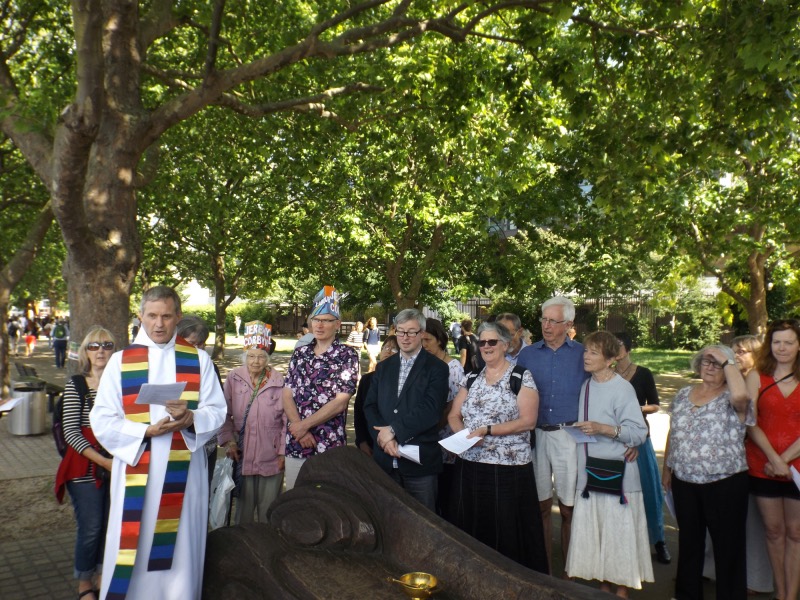 Canon Giles Goddard, vicar of St John’s Waterloo, has been on the South Bank’s Thames Path to bless its trees.

The riverside trees, within his Waterloo parish, are now thought to be safe from being felled for the proposed Garden Bridge.

This follows the Mayor London’s decision to withhold all further funding. Planning permission for the controversial crossing lapses later this year.

Over forty parishioners and other nearby residents were present for the ceremony on Saturday afternoon.

It was preceded by the reading of a quotation about the environment from Pope Francis’ installation sermon and the singing of All things bright and beautiful.

The hymn includes reference to ‘tall trees in the greenwood’ and water.

After blessing the water, Canon Giles walked along the Thames Path   sprinkling the trees on both sides. 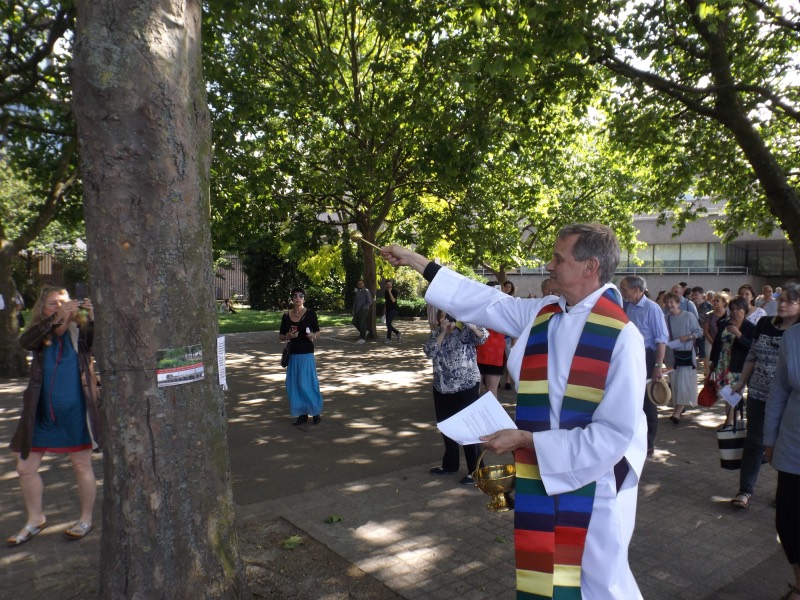