The budget hotel,  9 Paradise Road TW9 1RX in the town centre, is handy for the river. 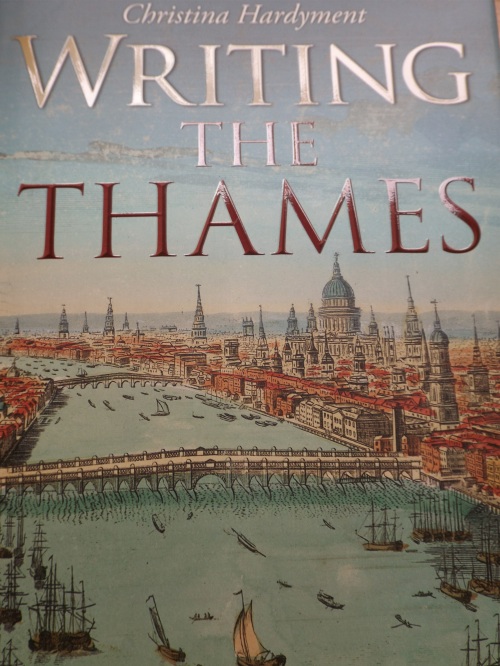 Christina Hardyment grew up in Richmond where she played by the lock and went upstream to Hampton for school. She danced on Eel Pie Island. Later she lived at Ashton Keynes in Wiltshire where you can almost jump across the river.

Now the author lives in Oxford where she knows Port Meadow in summer and winter. She has sailed and taken a punt on a long journey. She has even tried swimming in the river although wisely it was above Inglesham where such activity is safer than in the Home Counties.

So Christina really does know the River Thames and her new book Writing the Thames (Bodleian Library; £25) is about other writers who have known the river.

There is not a lot on the London end for most of the best literary heritage is to the west in more delightful corners. London is rightly described as now being a series “boom areas for ritzy developments intended as investments”.

But it is good to be reminded that one of the earliest poems to mention the River Thames was written by Chaucer’s friend John Gower who lived in the capital.

In Confessio Amantis he claims to have met Richard II when rowing on the river. Gower’s lovely tomb and effigy can be found in riverside Southwark Cathedral where his head rests on a copy of his book.

The cathedral was a priory and Christina highlights Hilaire Belloc’s claim that the dissolution of the monasteries changed the character of the river. The religious communities had provided the bridges and accommodation all along the Thames.

But as the Reformation approached, the Thames became the fast route for top people. Thomas More found Chelsea handy for both Hampton Court and Greenwich.

Thomas Arne’s tune Rule Britannia was written in a pub passed by boats heading for Hampton Court and first heard at riverside Cliveden.

We are reminded that Discovery, which a century ago was sent to rescue Ernest Shackleton marooned in the Antarctic, was once moored on the Embankment. There was a lovely view of her down Cornwall Road near Waterloo Station before the gap was blocked by the IBM building and the ship moved to Dundee.

The book mentions another 2016 anniversary. In 1816 Percy Bysshe Shelley arrived with his new wife Mary at Marlow. In two years time we shall have the bicentenary of Frankenstein which was written at Albion House in West Street.

There is much much more to be found in this book which most readers will wish to return to from time to time after a walk along the towpath known to Thomas Love Peacock, Charles Dodson, Gerard Manley Hopkins, William Morris, H G Wells, Robert Gibbings and many others.

The illustrations include sketches by John Evelyn and Shelley. A special delight is a 1951 lithograph called Fishing at Marlow by Edwin La Dell for Lyons Tea Rooms.

He was addressing a packed meeting called to rally opposition to the proposed Garden Bridge and press new London Mayor Sadiq Khan to cancel it.

After suggesting that the money involved could be spent either on London’s footpath network or the proposed Rotherhithe foot and cycle bridge, he said: “We call on Sadiq to stop it.”

Earlier architect Ian Ritchie had described the Garden Bridge as “celebrity hype and hubris”. He also suggested that the design would result in a crossing which was too big and unbalanced. His summing up was “a dangerous folly”.

The opposition appears to centre most on loss of a world famous view from Waterloo Bridge, loss of the view from the Thames Path just downstream of the NFT and the felling of mature trees on a much loved stretch of the national trail. Trees on the bridge will, apparently, be of a different nature and not so tall.

The meeting was chaired by Kate Hoey MP who said the bridge was “not much of a garden, and not much of a bridge”. Speakers included Tom Copley who has been re-elected to the London Assembly.

The meeting is on Monday 16 May at 7pm at St John’s Church Waterloo, opposite the IMAX and near the Garden Bridge site. Local MP Kate Hoey has agreed to be in the chair.

A surprise plan has been announced to reopen the Kemble to Cirencester railway line.

One of the pleasures on reaching the source of the Thames in a remote Gloucestershire meadow is that there is a railway station nearby.

However, many walkers would like to pause at the end rather than catch a train from Kemble station on the same day. Most bed and breakfast accommodation is a few miles away in nearby Cirencester rather than the village.

The branch line to Cirencester was closed in 1964.

Cotswold District Council cabinet has considered a plan to restore the three mile track. Consideration is being given to having a light driverless train service as run by the Docklands Light Railway in east London.

The main expense in relaying the track would be near Kemble where the Thames Path crosses the main road. It is at this point that a railway bridge has been demolished.

There were two halts between Kemble and Cirencester. One was Park Leaze Halt just north of Ewen and next to a bed and breakfast farm.

Supporters are suggesting that the line could be reopened sometime between 2019 and 2021.