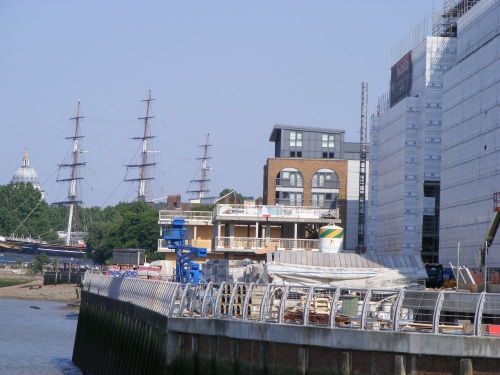 A future stretch of the Thames Path is emerging at Deptford Creek where New Capital Quay is being redeveloped.

Huge blocks of flats have replaced open ground which was once Phoenix Gas Works.

The present route between Greenwich and Deptford is along the riverside for a short distance and then inland at Wood Wharf to go via Thames Street to the closed Rose & Crown (more recently The Thames) and up Norway Street.

One day it will be straight ahead at Wood Wharf to follow the creek back to Norway Street. It’s longer but will be rewarding.

A short section of the new riverside path can be seen off Norway Street where Waitrose has opened under the new flats. This is not big enough to have a cafe but there is good picnic food.

Despite the uninspiring flats there was the lovely sight from the new path of the James Prior tied up the working Brewery Wharf just upstream of the lifting bridge. 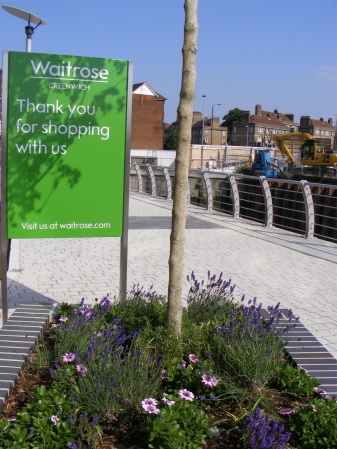 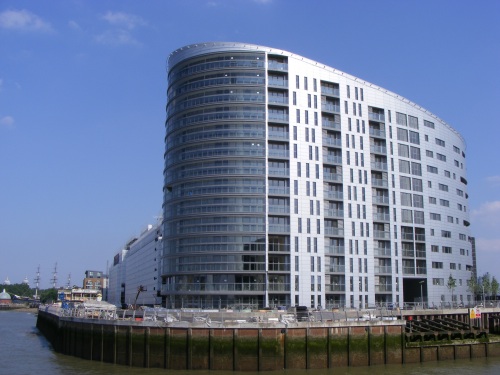